As of February 1st, I have started a new position at Ircam and CentraleSupélec. I am a post-doctoral researcher on a project called “Dig That Lick”, which will analyze melodic patterns in jazz music on a large scale.

It happens to be the second Digging Into Data-funded project I’ve worked on: during my Master’s, I worked on the SALAMI project, which was funded by the same scheme.

The aim of Dig That Lick is to extract melodies from millions of jazz songs—especially the solo sections—and then to discover what “licks” or snippets of melody are reused most commonly. Then, using the metadata for all the songs—i.e., who played which solos, and who did they previously learn from or jam with—we hope to better understand how the jazz licks are invented and spread.

It all seems like a perfect analogy to genetics and genealogy (i.e., a genealonalogy): melodies, like DNA, can be thought of as strings of symbols, where each lick is a short substring, like a gene. Our goal is to determine which of these licks are important, and how they reproduced and were spread between musicians and styles.

I will be working one day a week at Ircam, which is housed in the Pompidou Centre: 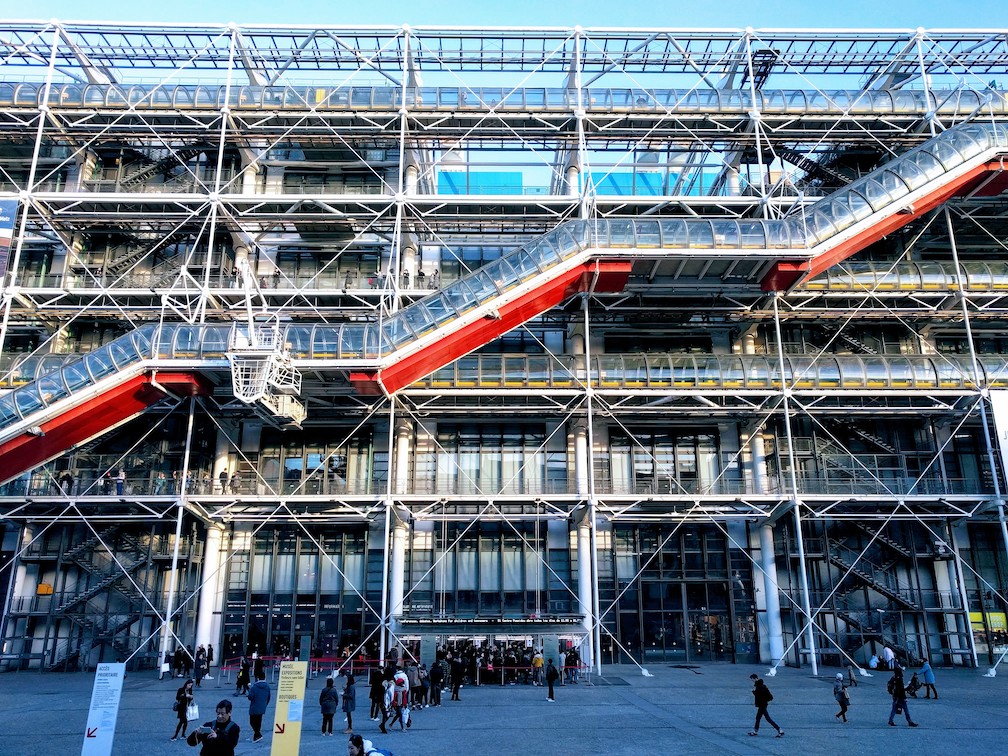 But most days I will be at CentraleSupélec, a grande école south of Paris that is part of the newly-agglomerated Université de Paris-Saclay. The campus has some new, truly gorgeous buildings, but is still a bit under construction: